All Yoga Training School, Our story

All Yoga Training is the fruit of more than 10 years experience running yoga teacher training courses. Since 2009, we have certified 2000+ successful yoga teachers from all around the world.

Today, All Yoga is a worldwide community of Yoga Instructors, practitioners and schools offering Ashtanga Vinyasa Yoga Teacher Training and Yoga Alliance Instructor Certification Courses. We have yoga retreats, studios and locations throughout the world to serve our growing base of students that seek either to become a yoga teacher or simply to deepen their own yoga practice.

About All Yoga Training

Located in the beautiful islands of Thailand and Bali, All Yoga Training is the top destination for students aspiring to become yoga instructors from all over the world. We offer 200hr and 300hr yoga teacher trainings in Bali Indonesia and Koh Phangan & Koh Samui Thailand. Being one of the most active and successful yoga teacher training programs in South East Asia, we keep on improving the programs to match our highest standard to certify the best yoga teachers in the international yoga industry.

Proud to offer the highest quality of teaching and sharing our passion in yoga with our students, we emphasize on the proper technique, breathing and ethics of teaching and practicing yoga.

The programs at All Yoga Training specifically cater to the individual needs of each student. Preserving the unique voice of each individual, our international faculty provides positive guidance and tools for every student in how to discover their own inner teaching voice.

It is our honor to be part of so many people’s yoga journey and continuously strive to pass on the light and wisdom of the Ashtanga tradition by spreading the passion and knowledge of yoga to others. 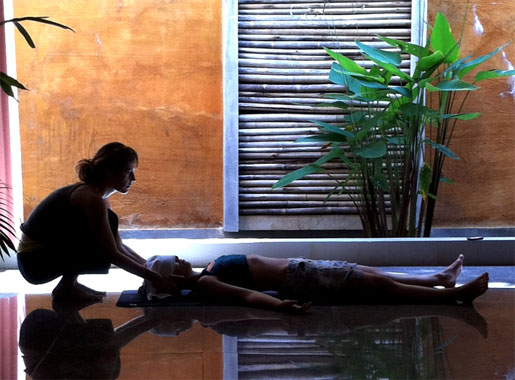 Our Mission
To create a safe environment for students to explore, experience and learn conscious breathing & movement in an atmosphere of openness & fun. To bring a high level of respect, compassion and professionalism to each student. To teach the method of the All Yoga Vinyasa system by which students learn to empower themselves physically, mentally and spiritually. 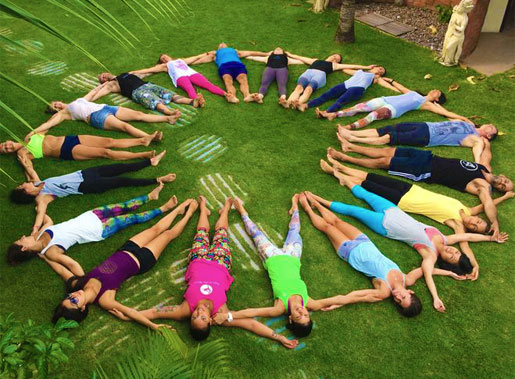 Our Vision
Teaching yoga is beyond the scope of work, it’s a lifestyle. We strive to provide each student the necessary tools they would need to soar in their own yoga community. At All Yoga community, we welcome graduates to come practice with us at all trainings and share their transformational stories with the others! The future of yoga starts here. We look forward to be part of your yoga journey! Namaste, All Yoga Team

Our Team
Our yoga courses are lead by highly knowledgeable international yoga teachers who have many years of experience facilitating teacher trainings and retreats.Each Yoga teacher has their own unique way of creating the most fun and engaging atmosphere for learning. Visit our faculty page for more details about our team.

Ashtanga Vinyasa Yoga was originated from the lineage of Sri.T. Krishnamacharya. From the University of Calcutta, Krishnamacharya found and recompiled the damaged ancient text-the Yoga Kurunta. It was believed that this text included groupings of the exact asanas of the 6 series and everything from drishti (gaze), bandhas (locks) to vinyasa. Thus the Kurunta formed the basis of Ashtanga Vinyasa Yoga System. When Krishnamachary left Mysore, India, he passed the tradition of spreading yoga to his oldest student-Pattabhi Jois.

When Pattahbi Jois brought Ashtanga Vinyasa Yoga to the West in the 70’s, he helped to resolve some of the common ‘western bodies’ ailments such as tight hips, hamstrings and restless minds. Pattahbi Jois had passed away since 2009. His legend continues with this grandson Sharath Jois whom now is operating the Ashtanga Yoga Institute in Mysore, India.

Developed by Larry Schultz, The “Rocket” is a modification of the traditional Ashtanga Vinyasa sequences allowing the practitioner to explore advanced postures in a playful manner. Divided in 3 progressive sequences, Rocket yoga combines poses from the first, second and advanced series with a faster tempo allowing the practitioners to explore new dimension internally and externally.

Rocket 1 focuses on forward bends. Similar to the Full Primary series, the logic is to create length in the hamstrings and lower spine. This helps correct postural imbalances due to daily lifestyle such as prolonged sitting at a desk in the office.

Drawing on the wisdom from the second series in Ashtanga, Rocket 2 introduces back bends in a way that is progressive and accessible to all levels of practitioners.

Finally Rocket 3 is a test of the stamina. It is a combination of Rocket 1 and 2 with playful transitions and inversions. Rocket 3 albeit challenging is still accessible to all levels. Modifications are available for beginners and variations are encouraged for intermediate/advanced practitioners. Full of arms balances, core exercises and challenging transition, the Rocket will “take you there faster!”

The word “vinyasa” can be translated as “to place in order.” Like placing yoga postures in an order that will open the body up intelligently. In vinyasa yoga classes, students coordinate movement with breath to flow from one pose to the next. The sequences uniquely designed by the teacher often give challenges in order to build strength, flexibility and balance.

Vinyasa Flow yoga is a form of classical hatha yoga. It builds internal heat, creates suppleness in the body. Can be vigorous or meditative, usually faster paced than other Hatha based classes.

Differs from the Ashtanga Yoga set sequences, Vinyasa Flow offers a different perspective on other postures and their implications on the body & mind. Also it’s a good way to add variety to your daily practice.

What is Yin Yoga and how is it related to Ashtanga Vinyasa Yoga? Originally Yin Yoga was derived from martial arts in China. Paulie Zink whom studied with his Chinese master in Hong Kong brought yin stretches to the West in the early 80’s. Since then, the now well-known yoga teachers such as Paul Grilley, Sarah Powers and Bernie Clark have continued to explore, research and share their knowledge of Yin Yoga to the public. In Toaist philosophy, it says all ‘things’ exist as contrast of opposites. These opposites are deemed as Yin and Yang.

Yin means everything that is hidden to the senses ‘dark,’ ‘small,’ and ‘soft.’ Whereas Yang is the opposite- ‘bright,’ ‘big,’ and ‘strong.’ To understand the importance of yin yoga, we must understand the three tissues of the body. We’re composed of three types of tissues: muscle, bones and connective tissues. Our muscles are exuberated by oxygenated blood, nutrients and fibers, in so, it is mostly yang. In contrast, our bones are dense, solid and cold; they’re mostly yin. That leaves the connective tissues somewhere between yin and yang.

In Ashtanga Vinyasa Yoga, we concentrate on bringing oxygenated blood to the muscles- the yang way of moving. The body hardens into muscular shapes and strength and vitality follow through. Yet to cultivate a balanced body, mind and soul, we must keep balance with the yin side of our beings. Thus to introduce the long, soothing stretch of yin yoga to our practice, we achieve equanimity in both spectrums.