The 8 Hindu Gods and Goddesses Yoga Enthusiasts Should Know About

The Origin of Hinduism and all the Hindu Gods

Originated from India, Hinduism and all the Hindu Gods and Goddesses have been around for at least 5,000 years. Although, current research has marked the existence of Hinduism from the various archaeological and literary sources, its beginning, evolution, and progression over such an extensive period of time, remains obscure.

Whether Hinduism is classified as a religion is debatable as unlike many other world religions, Hinduism lacks a designated founder or prophet, and hence, most Hindus would consider it a way of life.

Hinduism, in its core philosophy, believes that God is absolute, formless, and only known as Brahman, the Supreme- Universal Soul. Brahman equates with the universe and everything in it, it has no form nor does it have any limits; it is Reality and the ultimate Truth.

In our 200Hrs Yoga Teacher training in Bali,Dr.Ganesh, our philosophy teacher, also refers to the mantra OM as the essence of all the Hindu Gods. There are three principal beliefs in Hinduism, which are afterlife and reincarnation, Karma (action), and Dharma (righteousness). Essentially, the primary goal of Hinduism is to attain ‘moksha’ from the cycle of rebirth.

On one hand Hinduism is a pantheistic religion: it identifies God with the universe and human beings are only manifestations. On the other hand, Hindu religion is also polytheistic as it is populated with myriad gods and goddesses. As a prominent Hindu saint Sri Ramakrishna once wrote, “There can be as many Hindu Gods as there are devotees to suit the moods, feelings, emotions and social backgrounds of the devotees.”

The exceedingly wide variety of gods to choose from allows the aspirant to draw on and embody the symbolic power of a particular god when needed in specific life circumstances.

Below is a list of 8 Hindu gods and goddesses that you would commonly come across in the modern yoga world today:

The god of preserver, Vishnu is also known as the divine arbitrator. Symbolically, Lord Vishnu represents justice and moral order. Comes after creation, Vishnu sustains the universe and upholds its many laws. You might call on Vishnu if you’re seeking protection, patience, knowledge, or prosperity.

The god of both protector and destroyer, Lord Shiva is a powerful god and is widely worshipped for its potent destructive energy. Shiva is married to Parvarti, also known as Shakti, with whom he has two sons: Ganesha, the remover of all obstacles; and Skanda, god of war. Shiva is the ultimate representation of how great destruction precedes new opportunities. You might call on Shiva as a source of inspiration as you try to achieve a goal or when experiencing hardships in life.

There are many mantras reciting Lord Shiva, one of which is Om Namah Shivaya.

The god of creation, Brahma is the creator of the world and all creatures. Lord Brahma represents the source of the universal mind as well as intellect. Brahma is the least worshipped god in Hinduism today. Currently, there are only two temples in the whole of India devoted to him- one in Pushkar and the other in Kerala. One of the reasons why Brahma is rarely worshipped is that Brahma’s role as the creator is over. It is left to Vishnu to preserve the world and Shiva to continue its path of cosmic reincarnation.

Trimurti, the term denotes “having three forms,” refers to the three main Hindu gods mentioned above: Brahma, Vishnu, and Shiva. Initially, the Trimurti was worshipped as a single entity- the Supreme Being. Later, the three gods were separated and took on their own individualism. It is commonly believed that these three forms actually represent earth (Brahma), water (Vishnu), and fire (Shiva).

Powerful yet widely misunderstood, Mother Kali is the goddess of death, time, and doomsday. Albeit her immense destructive power, she is a strong mother-figure and symbolic of compassionate-love. Kali is said to remove our attachment with the body reinforcing the awareness that the body is a temporary condition. In a sense, Kali grants liberation by demising the illusion of the ego.

For Hindus, the goddess Lakshmi is the symbol of prosperity, fertility, purity, generosity, and the embodiment of beauty and grace. Known as the daughter of mother goddess Durga and the wife of Vishnu, Lakshmi is an important domestic deity and her presence is found in almost every household. In statuary and artwork, Lakshmi is usually depicted as a beautiful woman with four hands, sitting on a full-bloomed lotus and holding a lotus bud. Her four hands symbolizes the four ends of human life: dharma or righteousness, kama or desires, artha or wealth, and moksha or liberation from the cycle of birth and death.

Saraswati, the goddess of knowledge and arts, represents the free flowing of wisdom and consciousness. Saraswati is the daughter of Lord Shiva and Goddess Durga. She possesses four hands, which represent the four aspects of human personality in learning: mind, intellect, alertness, and ego. You would call upon Saraswati for the power of speech, wisdom, and learning.

A very popular god in the modern yoga world, the elephant-headed god Ganesha is one of the most important deities in Hinduism. The son of Shiva and Parvati, Ganesha is the lord of success and the remove of all obstacles. He is commonly worshiped as the god of education, wisdom, and wealth. Ganesha’s head symbolizes the eternal soul (Atma), while his body signifies illusion in the material world (Maya). You would call upon Ganesha for protection and removal of any obstacles that may come your way.

Hanuman, the mighty monkey god, is the ultimate image of faith and devotion.
Hanuman’s tale in the epic Ramayana- in which he is given the mission of locating Rama’s wife Sita who was captured by the demon king of Lanka- Ravana, is known to inspire readers to face adversities and overcome obstructions in the way of the world. Hanuman’s strong character is used in the Hindu religion as a metaphor of the unlimited power that lies unused within each human individual. In times of doubt and great difficulties, you would call upon Hanuman for physical strength, perseverance, and devotion. 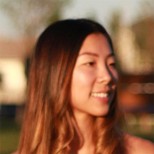 Annie is the lead trainer of the Yin Yang Yoga Teacher Training at All Yoga. She is also the creator of the Soulful Yin Yoga Method, the only teacher training that specializes in the emotional side of yin yoga and Chinese meridians. Annie embarked on her spiritual journey over 10 years ago. Struggled with anxiety most of her adult life, Annie was tired of living life in chronic fear & despair, she searched for ways to reclaim her happiness. In the last decade, Annie traveled around the world leading yoga teacher trainings while exploring her own spiritual path.

From studying Taoism and Chinese meridians, Anne recognizes the intrinsic connection between our body and emotions. If our physical health declines, it directly affects our mood and therefore affects how we make choices in life. This finding has propelled Annie to create a course that helps others to connect with their emotions so that they can cultivate balances in life.

Applying the decade of experiences and knowledge Annie has acquired, her signature Soulful Yin Yoga Method is designed to help others become a master of their own emotions so that they can be in tune with their truest selves.

Annie holds a Bachelor Degree in Human Kinetics from the University of British Columbia. She is trained in Functional Range Conditioning (FRC) and specializes in yoga anatomy. Annie’s approachable teaching method helps students understand their body and practice more intelligently.